The last time I loved Facebook this much was during the 2008 presidential election cycle. Not when Obama won, but before that, when my left-leaning friends were trying to decide which candidate to support and my middle-of-the-road friends were assessing the choice between McCain and Obama.

As an early supporter of Obama, I was constantly checking the Facebook barometer: Was my preferred candidate gaining traction? What were people who tend to vote like me saying about him? What were people who vote nothing like me saying about him? Although I lacked Nate Silver’s savvy, I was using social media to predict the outcome of the race. And the more friends whose profile pictures contained a Shepherd Fairy image, the better. Hope and change, baby!

This week, my heart fills with warm fuzzies every time I log into Facebook. Which is, unsurprisingly, causing me to log into Facebook more frequently. (How long until they figure out how to bottle that magic?). This week, it’s all about the red and pink equal sign, symbol of support for gay equality.

I think I am probably still on a high from November, when the citizens of Washington state resoundingly voted in favor of same-sex marriage. I feel like gay equality is the civil rights fight of my generation, and I am thrilled that the friends that I love can now marry who they love. My “role” in helping pass Initiative 74 was small compared with the time and devotion that many people put into that campaign. But it did involve more than changing my profile picture.

However, when it comes to a Supreme Court case, there’s not a lot more that any of us can do to show our support than change our profile pictures. I’ve called my representatives so many times I think they let it go to voicemail on purpose now. But Sonia and Ruth aren’t going to take my call, or even listen to my voicemail. So, what can I do?

I think it’s pretty amazing that so many of my gay Facebook friends accepted my initial friend request at all. Several I knew from my childhood church. Some I grew up with. Some I went to Catholic college with. And after a decade or more, I resurfaced in their lives. And they clicked “accept friend request” knowing that they would be outing themselves to me without knowing anything about how I would respond to that.  How amazingly brave.

Facebook has changed the game when it comes to coming out, at least for those of us who are peripheral friends.  I imagine that it is rather nice to not have to have dozens of coming out conversations. Repeatedly. With friends from the past that you might not be sure are worth the investment. But through the magic of social media, my friends and I have never had those conversations. Their truth was out there, mine to read about and accept or not.

After several years of being Facebook friends, these friends have probably figured out that I am nonplussed by peoples’ sexual preferences. But others in their Facebook community aren’t. And so when there is an opportunity to show solidarity with them, and to demonstrate my support of equality to all of the other Facebook friends that we share, I think that’s worth doing.

Facebook makes it easy – so easy – to demonstrate that a movement has gained momentum. It’s one thing to read that “58% of Americans support marriage equality” and another to see the sea of red when you log into Facebook. And while you might not be actively convincing anyone to think like you by doing that, you are at least sending the message – along with millions of others – that public opinion is changing, that people are paying attention to the issue, that our friends who are in the minority have allies in the majority. The Supreme Court might not actually care if a critical mass of Facebook users have changed their profile picture. However, this country does have a strong history of changing its laws as social norms change – and what better gauge of social norms than social media? 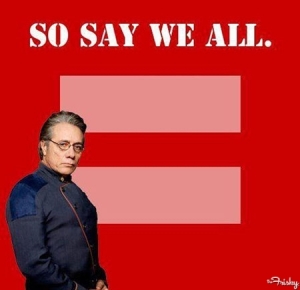 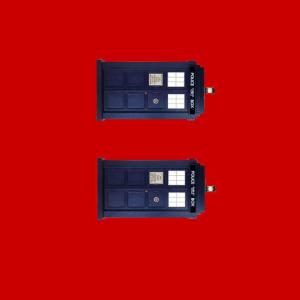